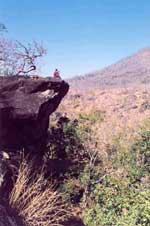 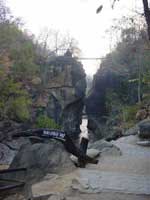 Climate
The National Park has the tropical weather condition, i.e., summer is the longest period of the year. The weather is rather hot in summer and cold in winter. And there are frequent, short rains in the rainy season.

Ob Hi
Ob Hi is a small natural sightseeing spot (approximately 40 meters long), which is similar to Ob Khan and situated in the area of Maekhan River, approximately 1 km away from Ob Khan to the north.

Pha Toob
Pha Toob is a small cliff standing beside the hill. The sightseeing spot is situated in the area of Nan River, approximately 2 km. away from Ob Hi to the north. From the base of Pha Toob, there is smooth detritus extending to Maekhan River.

Tukkatan cave
Tukkatan cave is a large cave on the left-hand side of Huai Khanin, situated in the area of Tambol Banpong, Hangdong District (near Namsoom Royal Project). At the mount of the cave, there are beautiful stalactites and stalagmites. The depth of the cave has not yet been surveyed due to extreme coolness and humidity inside the cave. The cave should be developed as a tourist attraction. And the National Park’s Protection Unit should also be established at this site.

Maetien Waterfall
Maetien Waterfall is a single-step waterfall, originated from Maetien River. At present, Maetien Power Plant of the Provincial Electricity Authority is located at the Waterfall, in the area of Tambol Mae Win, Mae Wang Sub-district, Sanpatong District of Chiang Mai Province.